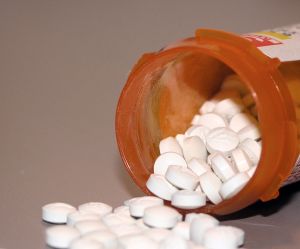 Actos, an oral diabetes drug produced by Takeda Pharmaceuticals, may increase the risk of developing bladder cancer. Several studies have noted a connection between high and long-term doses of Actos and prevalence of bladder cancer. There have recently been many lawsuits filed seeking redress for physical and mental distress caused by this drug’s reported tendency to promote the disease. Takeda has been targeted by federal multidistrict litigation (MDL) in Louisiana, and state court cases in Illinois and California. France and Germany have already been prompted by research evidence to pull Actos from their markets.

Why bladder cancer? The body disposes of oral agents such as Actos through the urine. Because such substances may be stored for considerable periods of time near the cellular lining of the bladder, if proven carcinogenic they may be contributing factors in the development of cancers in this region.

According to the American Association for Justice, one study that took place from 2004 to 2009 suggested that the risk of bladder cancer when taking Actos is increased by 330%. However, other research has failed to find a statistically significant link between the two. Most research attempts have found that as dosages continue over the years and the size of dosages increase, the correlation between Actos and bladder cancer becomes stronger. Ultimately, such evidence led FDA in 2011 to issue a warning regarding the possible risk of bladder cancer that Actos carries. They also required Takeda to add a warning on all Actos labels. Thus, patients who have been taking Actos for an extended period of time or are taking large amounts should understand completely the risk to their health they are allowing. While studies remain somewhat undecided on the exact risks of ingesting Actos, a very compelling case can be made if bladder cancer occurs after one year of exposure to the drug and absence of an overwhelming predisposition to develop bladder cancer exists.

It should be noted that several conditions may cause one to be at a heightened risk for bladder cancer, regardless of Actos usage. Age, race, smoking, chemical exposure, and radiation therapy could all play a roll in causing bladder cancer and presence of such factors could inhibit the ability to prove Actos as the source of an occurrence of bladder cancer. Every patient should be aware of their own risk factors as well as the potential risks of taking Actos. There are other drugs that effectively fight diabetes, and the controversy surrounding this one seems enough to warrant serious reconsideration of the safety of its production and distribution. Physicians, medicine producers, the FDA and the government must be more vigilant of the life-threatening potential risks of prescribing Actos to unknowing patients.

At Borchardt Law Firm, we wish for no family to ever experience incapacitating tragedies due to defective medicines. Our firm has the experience and the drive necessary to continue to strive for the improved protection of future generations of Texans. If you or a loved one have ever suffered from a related misfortune and feel you were not properly warned about the potential risks, don’t hesitate to contact a lawyer to discuss any legal compensation you might be entitled to. Borchardt Law Firm represent clients over many areas in Texas; feel free to give us a call.