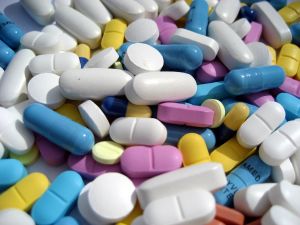 The Senate has recently passed a bill that would require greater oversight of drug manufacturing facilities overseas. This bill is concerned with increasing the safety and quality of imported medicine. The FDA is responsible for inspecting all U.S. drug manufacturers, but it has failed to account for the complexities of today’s industrial environment. According to the Fort Worth Star Telegram, “Today, roughly 80 percent of the ingredients used in U.S. medicines are made overseas.” The considerable amount of imported drugs and the increasing outsourcing of drug manufacturing make stepping up international regulations and safety assurance an absolute necessity for modern drug consumers. In fact, while U.S. facilities are inspected every two years, the average foreign facility only receives inspection once every nine years.

One notable case in 2008 highlighted the problem of defective medicine and the need for foreign inspections. Heparin, a blood thinner, was distributed widely in the United States, though it was originally produced in Chinese plants. Many contaminated batches were exported without any question. In the United States, the FDA traced hundreds of adverse reactions and several deaths to these shipments of heparin. When FDA officials visited one of the twelve questionable heparin manufacturers in China, they quickly realized that this facility lacked proper equipment, effective mechanizations for removing contaminants, and sufficient oversight of their own ingredient suppliers. This disaster clearly illustrates the problem of leaving internationally produced drugs and drug facilities uninspected.

The Senate’s bill, for which the House of Representatives is currently drafting companion legislation, would decrease the FDA’s requirement to inspect U.S. manufacturers every two years and allow them more time and discretion to inspect overseas. It also cracks down on drug counterfeiting and allows the FDA to hire additional scientists and researchers for the task. The goal of this bill is to directly address the increasingly international nature of drug production and distribution and modernize the United States’ investigations into the medicine that is allowed to be consumed in this country.

The take-home message from this is to create awareness about the drug safety reality in the United States. Most would be shocked to find out that the prescriptions they receive from their physicians may or may not have been submitted to any kind of safety inspection. While this legislation is a step in the right direction, such a law will take months and months to enter into effect. Drug consumption in the United States is not going to slow down, so steps to increase awareness must be taken now. Each citizen has the right to know and understand where his or her drugs come from and the government and business must continue to strive to make medicine in this country a safe and accountable industry. There is no room for cutting corners and slacking on safety when it comes to health.

At Borchardt Law Firm, we wish for no family to ever experience incapacitating tragedies due to defective medicines and drug contamination. Our firm has the experience and the drive necessary to continue to strive for the improved protection of future generations of Texans. If you or a loved one have ever suffered from a related misfortune and feel you were not properly warned about the potential risks, don’t hesitate to contact a lawyer to discuss any legal compensation you might be entitled to. Borchardt Law Firm represent clients over many areas in Texas; feel free to give us a call.