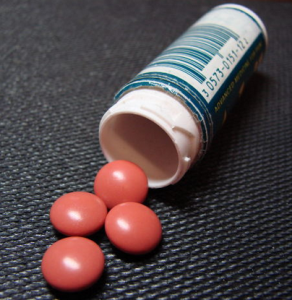 A North Carolina widow filed a lawsuit last month against Takeda, the manufacturer of Actos. Norma Faique, widow of the late John Faique, is suing the company for her husband’s death. Actos is a prescription drug created to treat Type II diabetes.

As a Type II diabetes patient, Faique was prescribed Actos for three years before he was diagnosed with bladder cancer in October 2010. He died a month after his diagnosis on November 10, 2010. His widow is charging 18 counts against Takeda Pharmaceuticals including wrongful death, strict liability and negligence. She claims that if the company had properly warned consumers of the drug’s risks, her husband never would have taken it.

It wasn’t until seven months after John Faique’s death that the FDA (U.S. Food and Drug Administration) issued a warning stating “the use of the diabetes medication Actos (Pioglitazone) for more than one year may be associated with an increased risk of bladder cancer.”

Despite drug recalls in other countries, there has been no recall on Actos in the United States. The drug continues to be a top-seller for Takeda Pharmaceuticals, accounting for more than 25 percent of the company’s revenue this past fiscal year.

If you or a loved one has a similar case, take action. If you have experienced the actions of a dishonest drug manufacturer leading to wrongful death or unnecessary illness, you may have legal rights.

At Borchardt Law Firm, we believe that no Texan should have to deal with pain or frustration due to defective medicine. Give us a call today to learn your rights and file your claim.