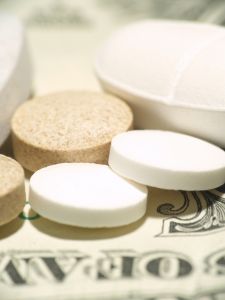 It is becoming very clear that financial incentives may be more influential in the actions of physicians than most would like. Pharmaceutical companies actively persuade doctors to make certain decisions in order to sell their products; doctors often agree in order to gain some monetary benefit as well. Many physicians today are engaged in the pharmaceutical industry in some way. This involvement could take the form of receiving payment for speaking engagements, consultations, and even by-lining an article that a pharmaceutical representative has written in order to pass it off as expert testimony.

It seems apparent that such a relationship between doctors and drug representatives creates a conflict of interest. Introducing the desire for profit and competition brings in an element that should certainly be absent in unbiased, professional and service-oriented medical care. The American Association for Justice recently published an article highlighting the comments of renowned physician and academic Dr. Jerome Kassirer. He says, “The evidence is really quite clear that money has a major influence on decisions doctors make.” This conflict of interest goes beyond the decisions of individual physicians; many physicians that serve on FDA drug advisory boards also have ties with the pharmaceutical industry. This introduces biases into both the drugs on the market as well as the drugs being prescribed. Examples of major problems created by unduly influenced physicians include many cases that Borchardt Law Firm currently handles: Yasmin birth control, the da Vinci surgical robot and Medtronic’s Infuse bone graft have led to serious complications after pharmaceutical companies pushed such drugs and devices onto the market without consideration of patient welfare. In fact, the highly questionable relationship between doctors and drug representatives has begun to cause a serious deterioration in the public’s trust in medicine.

While many argue that the medical profession ought to be responsible for containing this problem, it has failed to take decisive action on the matter. There must be greater repercussions for pharmaceutical companies’ fraud, off-label marketing, ghostwriting, and regulation violations. Medical schools should also train future physicians on how to resist pressure and adequately deal with the intrusion of the drug industry. Finally, it may be that the pharmaceutical industry should recognize the consequences of their actions (beyond harming countless innocent patients); Dr. Kassirer states, “I don’t think that the drug and medical device industry has understood the fact that, by engaging physicians the way they do, they tend to denigrate the profession, and that’s bad for them.” If self-interest and unencumbered profit seeking got them to this point, perhaps self-interest will entice them to curb their own behavior.

Ultimately, patients are entitled to unbiased medical care. The relationship between doctors and the drug industry creates the potential that a patient will not receive the best treatment because financial interests shadow a physician’s judgment. This could cause deadly consequences, and in many cases it already has. The influence of pharmaceutical representatives in medical care tarnishes the quality, neutrality, and transparency of medical treatment. No one should have to die because their well-being was not always the top priority.

At Borchardt Law Firm, we wish for no family to ever experience incapacitating tragedies due to medical malpractice. Our firm has the experience and the drive necessary to continue to strive for the improved protection of future generations of Texans. If you or a loved one have ever suffered from a related misfortune and feel you were not properly warned about the potential risks, don’t hesitate to contact a lawyer to discuss any legal compensation you might be entitled to. Borchardt Law Firm represent clients over many areas in Texas; feel free to give us a call.