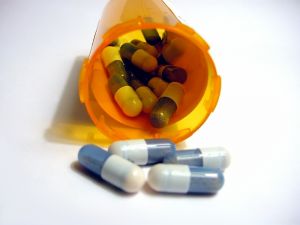 Pradaxa is a new blood thinning drug touted as an alternative to the traditional (and problematic) warfarin, a drug in use since the 1950’s. It is an oral treatment that has been approved in preventing strokes in patients who suffer from atrial fibrillation, an irregular heartbeat. Pradaxa’s main goal is to avoid the complications associated with use of warfarin, including brain hemorrhages and other bleeding. However, use of Pradaxa may not be as promising as it seems; in fact, there is great debate over whether it is any safer than using warfarin. The FDA has been investigating reports of serious bleeding since its approval in 2010, and Japan and Australia have already issued safety warnings.

The problems of Pradaxa come in the form of heart attack and other heart disease symptoms. Recent studies report frightening findings such as a 33% greater risk of heart attack while using Pradaxa versus warfarin. The Huffington Post also states that in 2011 there were 542 reports of death while using Pradaxa, a number higher than any other medicine (warfarin only produced 72 reports). The FDA has also noted that Pradaxa can begin to break down very quickly once it is removed from its original container. Overall, Pradaxa seems to have very similar problems to its predecessor, warfarin.

Some downplay such statistics, claiming that such a death rate is actually normal for a newly marketed drug, so a comparison to the 60 year old warfarin is not appropriate. Some also claim that the problems of Pradaxa are associated mainly with improper use of the drug, not the drug’s inherent danger. However, necessary safety procedures such as close blood monitoring and frequent follow-up appointments are not required by everyday use of Pradaxa, leaving the concerning potential for a patient to unknowingly use the drug improperly. Finally, some doctors believe that Pradaxa’s absolute risk is rather low compared to its benefits.

Ultimately, the debate over the safety of Pradaxa leads to justified concern about its place in the market. Each patient deserves safe and dependable treatment. It would be a shame for a patient to suffer a heart attack or serious bleeding because they were not properly informed of the risks involved. It should be the job of the FDA and the medical community to properly notify patients of such risks, but this responsibility is often unfulfilled.

At Borchardt Law Firm, we wish for no family to ever experience incapacitating tragedies due to defective medicine. Our firm has the experience and the drive necessary to continue to strive for the improved protection of future generations of Texans. If you or a loved one have ever suffered from a related misfortune and feel you were not properly warned about the potential risks, don’t hesitate to contact a lawyer to discuss any legal compensation you might be entitled to. Borchardt Law Firm represent clients over many areas in Texas; feel free to give us a call.