Johnson & Johnson, the world’s eighth-largest pharmaceuticals company, has made the news again, unfortunately, not for positive reasons. After the company had to recall their DePuy ASR™ XL Acetabular Hip System and the ASR™ Hip Resurfacing System in 2010, they faced hundreds of lawsuits involving failed medical devices and have continuously received more cases. Though, their most recent lawsuit was for something different. 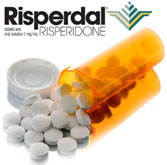 Risperdal, an anti-psychotic medication, also known as an “atypical anti-psychotic,” is used to treat schizophrenia and symptoms of bipolar disorder. It may also be used to treat symptoms of irritability for autistic children. Risperdal was created by Janssen Pharmaceuticals Inc., a subsidiary of Johnson & Johnson, and has been on the market for several years. After years of patient use, complaints began to pile up claiming Janssen Pharmaceuticals Inc. made false or misleading statements about the safety, cost and effectiveness of the expensive drug. Patients also worried that the pharmaceutical company had been improperly influencing doctors to market the drug. Risperdal is not a cheap drug and has earned Johnson & Johnson close to a billion in profit.

Just last year a South Carolina jury found Johnson & Johnson guilty of overstating the safety and effectiveness of Risperdal, settling the case at $327 million. Shortly after, a Louisiana jury found the company guilty for violating that state’s Medicaid fraud act settling the case at $258 million. When a Texas attorney general heard of the two cases he added up all the money the state’s Medicaid program has spent on Risperdal, the attorney proposed Johnson & Johnson pay $579 million to the state’s Medicaid program and another $500 million in penalties. On January 19th Johnson & Johnson reached a settlement of $158 million in a Medicaid fraud lawsuit for the state of Texas. For the company, this settlement was considered a win compared to their previous settlements and also considering the fact that the company has made billions from Risperdal. Though Johnson & Johnson lawyers took this case as a win, the company’s continuous appearance in the news has negatively impacted their sales and reputation.

If you or a loved one have taken Risperdal and believe you were not properly warned about the safety, cost and effectiveness of the drug, don’t hesitate to contact a lawyer. At Borchardt Law Firm we want to make sure the medicine patients are taking is safe and fairly marketed. We currently serve in the Dallas – Fort Worth area and have dealt with several defective prescription drug cases and feel the work we do will protect future generations of Texans. Feel free to give us a call.