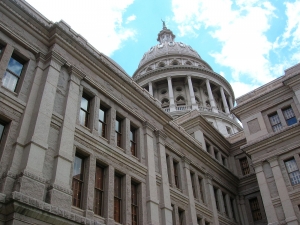 The non-profit Texas Watch Organization has released the results of its Court Watch project, which reviewed the decisions of the Texas Supreme Court over the last decade. This study claims to have found major biases and flaws in the actions of the state’s highest court. Researchers noted that this trend seems to have begun when Governor Rick Perry entered office and began appointing justices to the court. Alex Winslow, director of Court Watch, commented on this phenomenon: “The Texas Supreme Court is an activist, results-oriented body that over the last 10 years has developed into a safe haven for corporate defendants at the expense of individuals, families, and small business owners … The statistics speak for themselves. The court’s pro-defendant ideology can not be disputed.”

Exactly how extensive is the Texas Supreme Court’s preference for the powerful? According to Court Watch’s findings, when corporate and government bodies are sued, they actually win 74% of the time. When consumers sue big business, they lose their case 79% of the time. These statistics show a significantly lopsided set of decisions. One of the most interesting components of these statistics is the fact that these cases had already been decided in lower jury courts; often the citizens win these cases, only to have their verdicts ultimately overturned by the Supreme Court in favor of the defendant. A notable example involves a woman who was granted up to $20 million in her jury case against a Crohn’s disease medication that left her with debilitating and lasting complications. However, once her case was brought to the Supreme Court, the court overturned the decision and actually used the opportunity to set up protections for drug manufacturers that may shield them from many future defective drug lawsuits (see full discussion here).

The Texas Constitution includes a provision that limits the Texas Supreme Court’s jurisdiction to matters of law, not the facts of a given case. This rule can be disregarded, as a purely factual basis has been known to be used to overturn a jury’s case. The court may be overstepping its boundaries in a way that negatively affects the citizens of Texas and promotes the interests of business. Court Watch states, “The jury is our smallest, most direct, and least corrupted form of government. … However, the Texas Supreme Court has displayed a fundamental disregard for juries.” In fact, the Texas Supreme Court has overturned the local jury’s decisions 74% of the time since 2004. These findings demonstrate an inequality in the decisions of the Texas Supreme Court, something that is certainly worthy of notice and concern.

At Borchardt Law Firm, we wish for no family to ever experience incapacitating tragedies and not receive the compensation that they deserve. Biases in the system may leave many citizens deprived of the justice they need. Our firm has the experience and the drive necessary to continue to strive for the improved protection of future generations of Texans. If you or a loved one have ever suffered from a misfortune and feel you were not properly warned about the potential risks, don’t hesitate to contact a lawyer to discuss any legal compensation you might be entitled to. Borchardt Law Firm represent clients over many areas in Texas; feel free to give us a call.