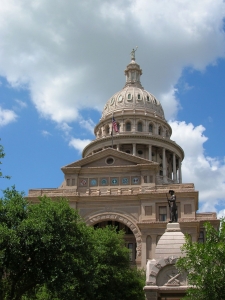 On June 8th, the Texas Supreme Court issued a ruling on the Centocor, Inc. v. Hamilton case. This case concerns Remicade, a drug used to treat Crohn’s disease, which is manufactured by Centocor, Inc, a subsidiary of Johnson & Johnson. The plaintiff argued that she developed a very serious syndrome as a result of taking this drug, and sued Centocor for failure to warn her of the risks. In the jury trial, she had been awarded up to $20 million in damages. But when the case reached the Texas Supreme Court, the court sided with big business and gave pharmaceutical manufacturers what may be a considerable buffer against future liability claims.

The ruling officially recognizes the usage of the “learned intermediary” rule in defective drug cases. This means that as long as pharmaceutical companies provide prescribing physicians with the information on risks and concerns of their drugs, they may have no real responsibility to inform the end consumers (patients). This may seem logical considering that patients receive drugs from their physicians who are considered the experts in determining the best course of treatment. However, the issue of “direct to consumer” marketing is crucially overlooked. This refers to drug manufacturers creating advertisements on television and other mediums in order to reach individual consumers. The court decided not to allow an exception to the learned intermediary rule in cases that involve direct to consumer marketing, thus allowing pharmaceutical companies to create incomplete or misleading advertisements.

This decision obviously favors the interests of pharmaceutical manufacturers. It may allow them to be shielded from an increasing number of charges and to continue making huge profits by advertising in a misleading manner. The interest of patients, who may now legally not always be warned of a drug’s risks, is clearly not a priority. In an environment where direct to consumer pharmaceutical advertisement is abundant, it seems wrong to hold back adequate information from the targets of such marketing. A patient should have the right to know a drug’s potential risks in their entirety before taking such a prescription.

At Borchardt Law Firm, we wish for no family to ever experience incapacitating tragedies due to defective medicine. Our firm has the experience and the drive necessary to continue to strive for the improved protection of future generations of Texans. If you or a loved one have ever suffered from a related misfortune and feel you were not properly warned about the potential risks, don’t hesitate to contact a lawyer to discuss any legal compensation you might be entitled to. Borchardt Law Firm represent clients over many areas in Texas; feel free to give us a call.